Residential construction spending has been sliding for six quarters but is 46% above its pre-pandemic peak. Investment in single-family home construction plunged nearly 18% since the Fed’s first rate hike of 2022 in May. (Data: U.S. Department of Commerce)

Spending was up in nine of the 16 nonresidential categories, and while a 1.0% slip in highway and street construction made for a bad public-spending month in Novmeber, outlays in the category have jumped nearly 15% since the signing of infrastructure legislation in November, 2021. (Data: U.S. Department of Commerce)

Spending on single-family housing construction dropped 2.9% for the month. That outweighed increases of 2.4% in multifamily construction and 1.3% in additions and renovations to owner-occupied houses.

The Federal Reserve’s battle to tame inflation with the fastest interest rate-hiking cycle since the 1980s is throttling single-family housing. While total residential construction spending has fallen a little more than 8% since the Fed’s first rate hike of the year in May, single-family spending has plunged nearly 18%.

Year-to-date, spending on single-family construction is 6.3% above the first 11 months of 2021.

The average 30-year fixed mortgage rate, which breached 7% in October for the first time since 2002, has resumed its upward trend after briefly pulling back in late 2022, data from mortgage finance agency Freddie Mac showed. The rate averaged 6.42% last week, up from 6.27% in the prior week. It averaged 3.11% during the same period in 2021.

Spending in three of the five biggest categories of nonresidential construction spending – all clipping along at annual rates of more than $100 billion – increased in November. Manufacturing, currently largest of the nonresidential categories, jumped 6.4% and actual spending year-to-date in the category has soared a whopping 33.6% over the 2021 period.

“November’s construction spending report suggests that this confidence is warranted,” said Basu. “However, there are countervailing considerations. First, growth in nonresidential construction spending in November was not especially broad. Much of the growth came from the manufacturing category, which is partially attributable to construction related to large-scale chip manufacturing facilities. The balance of growth came mostly from conservation and development, which includes flood control expenditures.

“Second, backlog could dry up,” said Basu. “Anecdotal evidence suggests that banks are more cautious in their lending to the commercial real estate and multifamily segments. Fears of recession this year remain pervasive in an environment characterized by high and rising interest rates. It will be interesting to see how well backlog will hold up as contractors continue to build and the economy heads toward what is likely to be a Federal Reserve-induced recession.”

“A variety of private nonresidential categories, as well as multifamily projects, posted solid spending gains in November,” said Ken Simonson, the Associated General Contractors of America’s chief economist. “Many of these segments should continue to do well in 2023. But the timing of public construction, while well-funded, remains unclear.”

Spending on highway and street construction has jumped nearly 15% since the Infrastructure Investment and Jobs Act was signed in November of 2021, and actual public spending year-to-date on highways and streets is up 8.1% compared to the same period of 2021.

Another mostly public infrastructure category that AGC calls out for its November drop is water supply projects. The annual spending rate there fell 1.9% to $25.1 billion. Public spending on water supply is nearly 32% above November 2021, and year-to-date leaped 19.3% over the first 11 months of 2021. 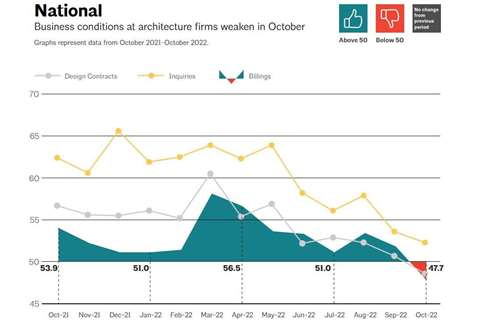 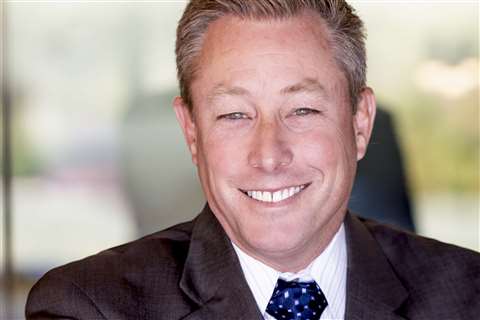