At the time, Georg Layher, managing partner of global scaffolding manufacturer Layher, felt auspicious; “There is still a strong demand for scaffolding, especially in the construction industry,” Layher told sister publication Access International. “And our customers are cautiously optimistic for the upcoming season.”

Finger on the pulse

It’s been nine months since Layher sat down with Access International, and during that time, the company worked meticulously to pace the industry with product developments and engineering advances. 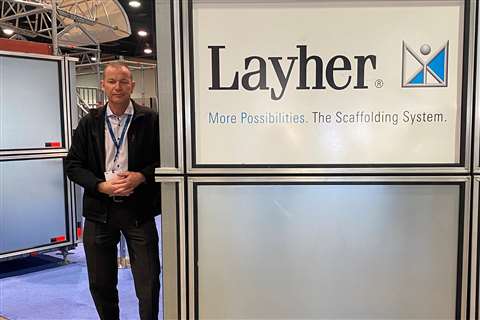 “It was a weird recovery during Covid,” Frank Frietsch, CEO of Layher Inc., tells SA. “The United States market remained somewhat flat, but Canada saw one of its best years due to its [oil and gas industries.]”

As Frietsch explains, the cost of oil at the time went down, bringing gas prices with it. For consumers, less money spent on gas, means more money can be spent elsewhere. This, he says, boosted the economy because money was being circulated within the country. On top of that, construction equipment of all sorts use oil as well, so more construction could be completed with less costs associated.

Capital spending by Canada’s oil and gas industry is set to jump 22 percent to C$32.8 billion ($26.28 billion) this year, according to the Canadian Association of Petroleum Producers. Additionally, western Canadian oil and gas producers will drill 27 percent more wells in 2022 than the previous year, returning to pre-pandemic levels as prices rebound and pipeline projects advance, says the Canadian Association of Energy Contractors. And according to IBISWorld, the market size of the oil and gas pipeline industry in Canada is expected to increase 6.3 percent in 2022.

Layher’s experience in access systems for industrial and commercial construction, alongside its focus on the oil and energy industries, saw this as welcome news. But the company also expects new opportunities across a range of markets. 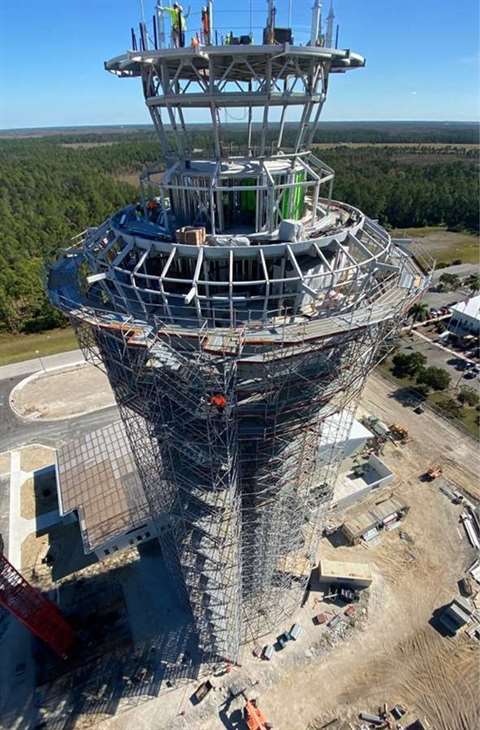 “We’ll see a lot of big projects coming out of the ground,” Frietsch says in regard to work stalled or delayed due to Covid restrictions. “[Contractors] postponed all the big projects, but they kicked them off finally end of last year.”

Layher has been involved with numerous projects over the past year, including Brewer Equipment Company’s multi-phased project at Forsyth Medical Center in which the company provided eight 15-rise scaffold towers with staircase access to accommodate the installation of a new HVAC system.

Founded in 1945 by Wilhelm Layher, the Germany based company has evolved into a global corporation that spans 38 countries and employs more than 1,000 people. Its U.S. operations opened in 1972 and roughly 50 people are on staff.

This is where Layher deviates from others in the industry; as construction firms struggle to recruit and retain skilled workers, Layher hasn’t felt the impact of worker shortages.

“Well, a lot of people have a lot of work, but they don’t take on more than they can because they’re worried about the growth,” Frietsch notes. “So, they’re not going to the next step, which would probably require them to take on capital and would require them then to manage extra people that they don’t know where to get.”

Since the start of the global pandemic, Frietsch says not one person was let go from the company’s U.S. operations – even as the industry continues to be impacted by pandemic-induced project delays and supply chain disruptions.

Aside from blossoming markets, a strong workforce and growth opportunities for the coming year, Layher is also heavily involved in advancing the use of technology within scaffolding. The company’s Scaffolding Imaging Modeling, or SIM, is helping to define a new digital age in construction. Layher SIM is a 3D-model-based process for digitalization of scaffolding-specific work sequences. 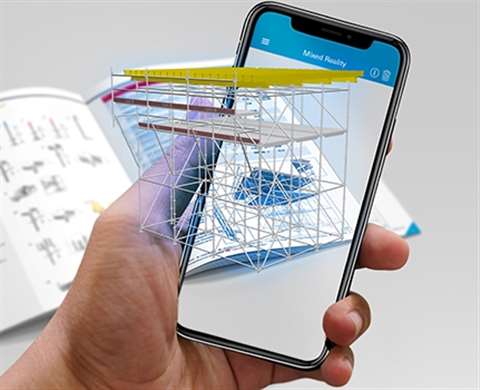 SIM is specifically tailored to temporary scaffolding structures and covers all the main factors in scaffolding construction, from planning to logistics and implementation.

On construction projects, SIM works by utilizing virtual or augmented reality to give a clear visualization of how a project will function in real-life. The project’s 3D Building Information Modeling (BIM) is loaded into the AR software, allowing customers full visibility of all components. Users can then interact and walk through the project to review the work prior to construction.

Frietsch explains that this process allows for a smoother flow of communication between the entire supply chain in a project, “In BIM you have everything from the building, the construction, the design of the building, to the labor management, the whole rental, and everything else. The SIM part is basically the smaller part in the construction or renovation phase, where you would have real time access to that through the whole modeling. If there’s a job site collision, because something that changed, the dots didn’t run through as planned, somebody else changed them up, that will be changed when we have a solution. They take pictures, you send that back then you circle what you need, or you do that right on there, you circle what you need.”

SIM not only allows for planning, but also assembling and managing temporary scaffolding structures. “Transparency controls costs. This is because mistakes and safety hazards are detected in real time through 3D modelling,” the company says.

Frietsch continues, “There’s not one customer that uses it for everything, because it just wouldn’t make sense. Some users adopt better. And then there are some that still write and do their inventory with Excel spreadsheets.”

For the tech-savvy folks, Frietsch says SIM will continue to advance; “It’s like a living document. When a new version is released, work begins on the next version. This makes for better processes, and enables everyone involved to get to the ‘next level.’”

As BIM and SIM continue to be updated, the industry could very well see a wider adoption of 4D, 5D and 6D iterations, according to Layher. 4D BIM could add scheduling information to model construction sequences. 5D BIM could see cost information added to models. And 6D BIM? A suite of management resources and helpful tools at the tips of a user’s fingers? We’ll have to wait and see. 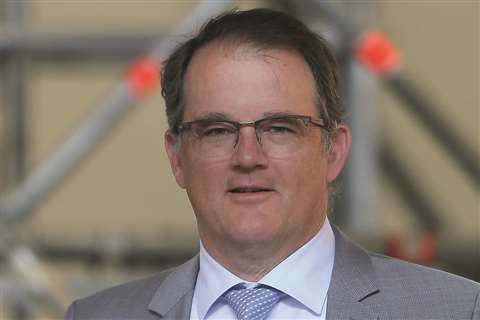 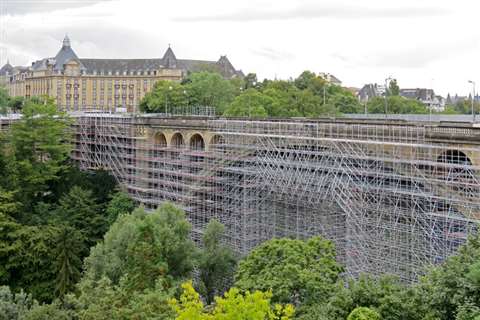 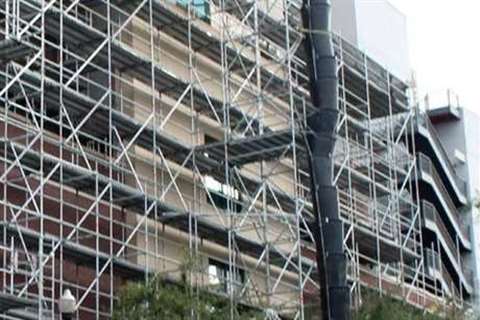