The temporary structure industry is controlled by a significant number of rules, standards, regulations, guidelines, recommendations, codes and instructions. Frankly it’s a real maze, a mess.

Meriam-Webster defines a maze as “something confusingly elaborate or complicated.” This definition aptly describes the situation in the world of temporary structures, a world that includes supported scaffolds, suspended scaffolds, mobile elevating work platforms and other structures that provide temporary support for workers. 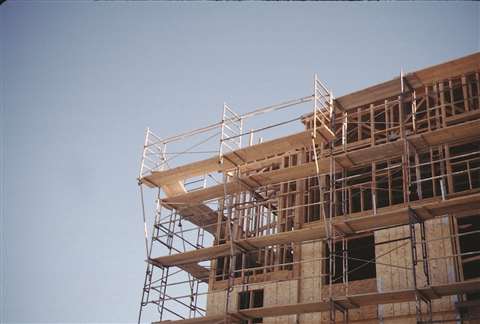 It is doubtful anyone really wanted to confuse the situation or intended to develop many layers of rules and guidelines, it appears that it just happened. Admittedly, rules and guidelines tend to grow in quantity and complexity and rare is the instance where it is determined that rules should be thrown out; rather, more rules are written to supplement existing rules.

It is fascinating that all these rules and guidelines are intended to ensure that the worker is protected from injury and death. However, it is quite doubtful that the average worker has much of a clue as to the extent that the regulatory maze governs his or her work activities. To understand how the regulatory system works, it is helpful to understand the difference between rules, regulations, and all the other stuff that is out there.

First, there are mandatory regulations which are issued by regulatory agencies, typically government agencies such as the U.S. federal Occupational Safety & Health Administration (OSHA.) Mandatory means that you shall comply with the regulations, whether you like them or not.

Second, there are consensus standards, that is standards that are accepted as custom and practice in the industry. The most prominent producer of these standards is the American National Standards Institute (ANSI.)

ANSI standards cover just about everything that occurs in the workplace and then some. For example, mobile elevating work platforms (MEWP) have an extensive number of standards applying to the various types of MEWPs.

Third, there are codes of safe practice developed by the industry and the Scaffold & Access Industry Association (SAIA) has promulgated a number of codes over the years for the different types of scaffolds. These codes are common sense guidelines developed for anyone involved with scaffolding and other temporary access equipment.

Fourth, manufacturers have developed recommendations that apply specifically to their equipment. This information is particularly useful for the user who is unfamiliar with a certain product that is unique.

Finally, there are employers’ rules, which if they are more stringent than the mandatory government regulations, control the jobsite.

If you think that this is confusing, wait, there’s more!

Complicating the situation is the incredible number of agencies involved with all these rules and guidelines. Focusing only on the governmental agencies, there are many that get involved with scaffold regulations.

While U.S. federal OSHA is well known, there is the Army Corps of Engineers. Don’t forget about Mining OSHA, known as MSHA, not to be confused with MIOSHA, the Michigan State OSHA.

New York has state laws that apply to scaffold use. And if that isn’t enough, don’t forget that New York City has more regulations. You just cannot make this up. Dig a little deeper into the government and you will find that other federal agencies also have scaffold regulations.

The state plans get tricky too. Out of the 28 states and territories that have plans, not all have adopted the federal OSHA regulations, found in 29 CFR 1910 – General industry and 29 CFR 1926 - Construction. 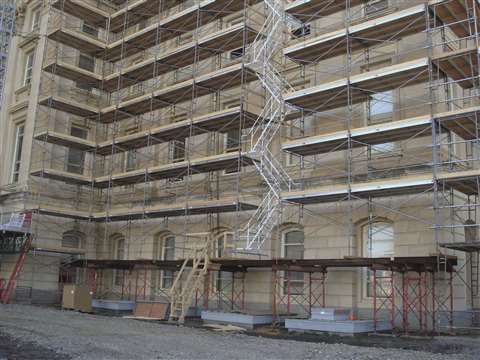 For example, CalOSHA, California’s OSHA, has an entirely different set of regulations than the federal regulations. The guardrail height on a supported scaffold in California is different than the rest of the United States. Apparently, Californians fall differently than elsewhere.

Across the state line in Oregon, the regulations change again in subtle ways. There must be something in the waters of the Columbia River that affects worker safety.

Fortunately, certain states have decided that the federal regulations are good enough and merely adopt them as their own.

The result of this maze of regulatory agencies and regulations is confusion. For example, which regulations apply for a scaffold erected onboard a U.S. Navy ship in San Diego, California? Is it CalOSHA, the Army Corps of Engineers, federal OSHA, or the Navy? It depends. What if the ship is visiting from Canada? 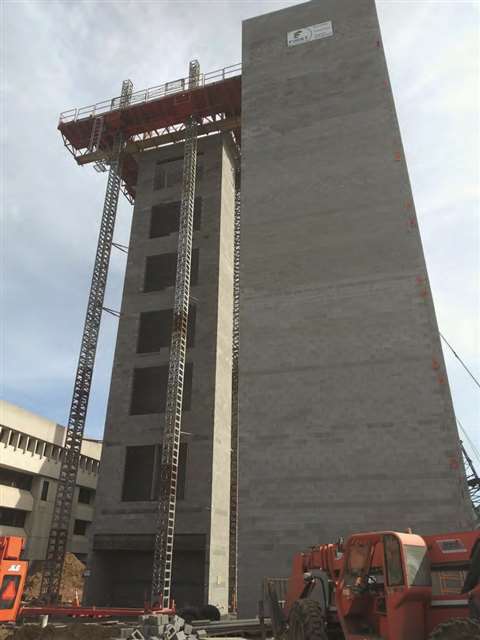 How about Figure 2. Is the worker on a safe worksite? In what state is this project located? Which agency is calling the shots? Is this a mine site where the MSHA regulations are applicable? Do any regulations apply?

Figure 3 shows a scaffold that is erected at the state capitol of a state that uses the federal OSHA regulations. But maybe not.

Finally, Figure 4 illustrates a mast climber. Is this a scaffold or a MEWP? What do the regulations say about it? Where is it? If someone showed you this photo and asked you if it is OSHA compliant, what would you say?

Regulations, standards, codes, recommendations, guidelines, instructions are all meant to protect the worker. But is it really necessary to have so many?

Progress - or not
As the SAIA celebrates its 50th anniversary this year, industry veteran David Glabe takes a look back at the last five decades – and asks what the next five could have in store.