Genie will officially take the wraps of its newest - and largest - telehandler at this year’s ARA Show when exhibits open on Feb. 13 in Orlando. 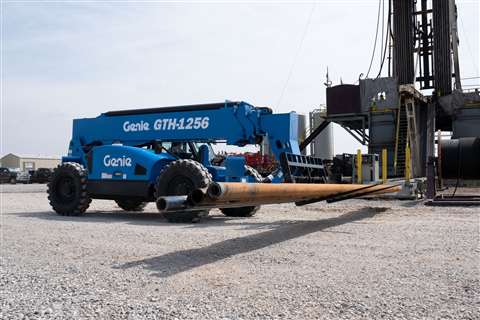 The 12,000-pound capacity GTH-1256 telehandler was built off the designs of the company’s current 6K, 8K and 10K telehandlers. The unit is powered by a side-mounted 120 hp Deutz engine with four-speed powershift transmission, and, according to Genie, the GTH-1256 delivers 15 percent more efficiency in power transfer for picking and placing activities.

New limited slip differentials on both axles and full-time 4-wheel drive provide torque and traction needed for any jobsite, while single-reduction, planetary, specialty and transaxle lines deliver the power and performance for rough terrain use.

“With an industry-leading load chart and a robust design to lower ownership costs while maximizing jobsite productivity, the GTH-1256 rounds out Genie’s telehandler lineup, ensuring that fleet owners have a Genie telehandler that can meet nearly any jobsite need,” Amalija Kopac, senior global product manager for Genie told ALH. 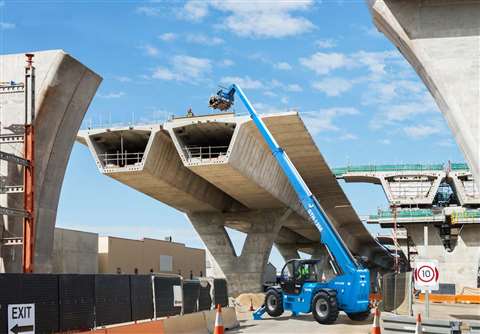 Operators will also find a newly designed cab with enhanced visibility that will allow views of all four tires, Genie said, as well as a new 7-inch display, reverse back up camera, rear proximity alarm and full A/C system.

“This is a high-capacity telehandler designed, built and extensively tested for the realities of heavy-duty jobs,” added Kopac. “When we were designing and testing this machine, we prioritized durability and reliability, along with a reduced total cost of ownership and productivity, ensuring our 12k telehandler will deliver the performance and longevity needed by equipment operators and owners — now, and well into the future.”

The Genie Quick Attach system will allow the GTH-1256 to share attachments with Genie’s GTH-1056 10k telehandler, including three carriage sizes (48, 60 and 72 inches), a rotating carriage and a swing carriage.

To see the unit during The ARA Show, visit Genie’s booth (#4247.) The ARA Show runs Feb. 11-15 at the Orange County Convention Center, with exibits opening officially on Feb. 13. For a full guide to this year’s rentalpalooza, see the January/February issue of ALH, out soon. Subscribe to receive the issue (digitally or in print) for free, here.

The new telehandler is available for order starting in January for the North American (US/Canada/Mexico) and Latin American markets. 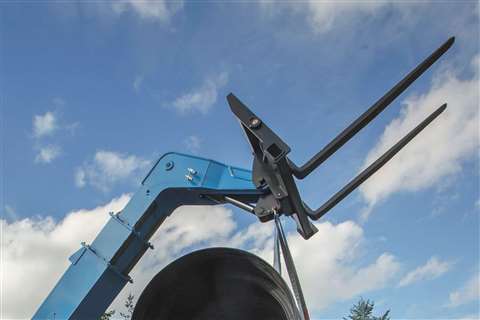